Today Michael and Lydia started basketball/ cheerleading through the Upwards program. Michael's last sporting experience ended early when he broke his elbow. Although he didn't break his bone playing T-ball, he has really avoided joining any teams since. When he expressed interest in basketball I jumped right on it. He's been a bit timid at the early practices, but today he had a blast. He was very excited that his team won and that has really encouraged him to continue. For me, watching 6-7 years old play was a bit like watching a litter of puppies chase around a ball. The coaches just kept blowing whistles and re-directing them around the court. It was a lot of fun.
Watching Lydia put on a cheerleading uniform and practice cheers has been a bit surreal for me. Cheerleading defined me as I was growing up, it was all I was interested in and consumed most of my 7th -11th grade life. It's been something I've wanted her to experience although we don't currently have a program at her small school. The Upwards program seemed to be a way for her to gain some experience and see if she's interested in this as a sport. So far she's having a blast! I told her if she really likes it I will consider coaching next year at her school.

I do loving having babies in the house, but I am also thoroughly enjoying the "school years" phase too. It's amazing to watch them discover who they are and the exploration of all life's possibilities.
Posted by Dawn Stark at 2:25 PM No comments:

Happy New Year! Everyone is back in school and the daily grind has started again. I wake up and lay in bed knowing that it will be 16 or so hours before it returns to quiet again. I really try not to think about it like that, but some days before dawn I can't help it. Being a mommy to 5 is one long shift, 7 days per week.

I'm keenly aware what has emerged in this house of siblings is a pecking order. I first learned about a pecking order when Tim decided to bring chickens to the farm. I was stunned to watch new chickens join the flock and the initiation process that ensued after their arrival. Webster dictionary defines a pecking order as:

1: the basic pattern of social organization within a flock of poultry in which each bird pecks another lower in the scale without fear of retaliation and submits to pecking by one of higher rank ; broadly : a dominance hierarchy in a group of social animals 2: a social hierarchy

Yes! A social hierarchy, that is what we have here. Lydia has always felt it was her obligation to tell the twins how to live, obey and simply what to do at every single moment. It just magically emerged from my little 4 year old princess when these two arrived in our home in 2001. They get so frustrated with her as they now retort, "You are not mom!". The twins have always seemed to respond as a team and neither of them tends to boss the other one around. There are times when Michael will call himself the big brother (by 8 minutes), but for the most part they accept that the 2nd and 3rd born in our household are about the same in the hierarchy. However, when Dennis arrived the twin team turned into his boss. The hierarchy lives! They were constantly instructing Dennis is the what-to's and the how-not's of daily life. But, I can kind of understand this because of the age differences: Lydia is 4 years older than the twins and M & I are 6 years older than Dennis!

Then, poor Rebekah arrived home in October and had to endure the dominance hierarchy! Dennis, a mere 9 months older than Rebekah, proudly put on the mantel of boss with the new baby. He walks around overseeing her every action and feeling a need to correct her at any opportunity. It's all "no baby this" and "no baby that" right now and I spend my days correcting him just to turn around and watch him repeat the discipline on her. I know he is only practicing what he has observed, that is simply how kids learn about life.

So, here's my question: If Lydia can parent the twins, Michael & Isabelle can parent Dennis, Dennis can parent Rebekah....what's left for me to cover here?
Posted by Dawn Stark at 2:19 PM No comments: 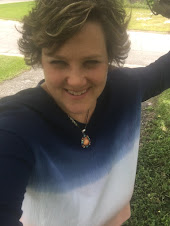 The pursuit of motherhood through a 23-yr infertility journey lead me to being a passionate advocate and an aspiring author. I don't hide my scars, they made me who I am: a relentless voice for the voiceless.

My miracles: the purpose of my days and the subject of many of these posts! 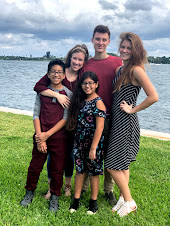